Conflict between Islamic, Hindu, Christian, and scientific traditions, and how antagonism shapes cultural and political debate – fueling Islamophobia and other discrimination – form the basis of Peter Gottschalk’s work.  As well as editing The Routledge Handbook of Hindu-Muslim Relations, he is currently exploring the impact of the British empire on globalizing notions of Islamophobia and religious tolerance with research funded in part by a Fulbright-SOAS Research Scholar Award.

In the Indian context, his books include Religion, Science, and Empire: Classifying Hindus and Muslims in British India (Oxford University Press) on the history of British representations of Indians during the Raj when, he writes, the coalescing “Western” sciences of the last few centuries shaped a British urge to classify all things Indian, including people. Also on India, Peter’s first book, Beyond Hindu and Muslim: Multiple Identity in Narratives from Village India (Oxford University Press), ethnographically explores the multiple identities evident in the social memories of residents in some north Indian villages. He has also collaborated with Mathew N. Schmalz (College of the Holy Cross) in editing a volume of essays regarding Western engagements with religions on the subcontinent entitled Engaging South Asian Religions: Boundaries, Appropriations, and Resistance (SUNY Press).

Peter also investigates religious intolerance in the United States.  His latest book is a revised and expanded edition of Islamophobia and Anti-Muslim Sentiment: Picturing Muslims as the Enemy(Rowman and Littlefield), a collaboration between Peter and Gabriel Greenberg. Using political cartoons, this volume demonstrates how Americans have had endemic fears about Islam and Muslims since the nation’s founding through to the age of Trump.  Peter’s monograph American Heretics: Catholics, Jews, Muslims, and the History of Religious Intolerance (Palgrave) more broadly explores various moments of antagonism against various religious groups in the United States and explores the dynamics of both intolerance and pluralism.

Peter enjoys presenting on these topics and has discussed them on TV, in print, on radio, at public events, and at academic conferences and seminars in the U.S., India, Bangladesh, Britain, Turkey, and other parts of Europe. His work has been reviewed among other places in The Times Literary Supplement and The New York Times, and he has appeared on CNN, CBS, Voice of America, Air America, and National Public Radio, and his work has been published in Newsweek, The Los Angeles Times, The Chicago Tribune, and the OnFaith website formerly of The Washington Post as well as discussed on C-SPAN, Critical Conversations, and YouTube.

Much of his scholarship is available on his professional website. 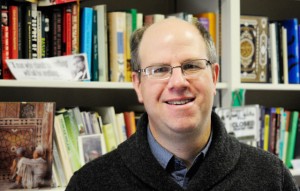